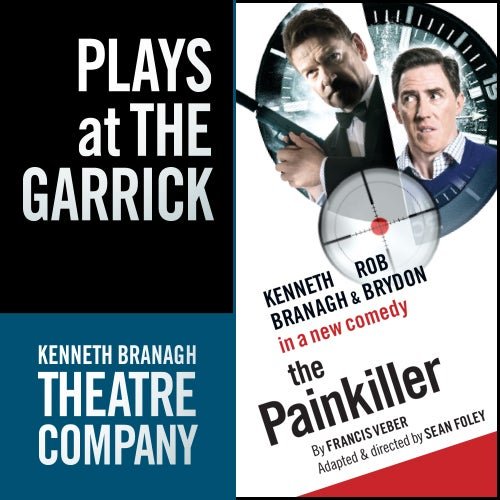 Now here's a premise and a half for you. Two men lie around in two seedy hotel rooms with an adjoining door between them. One is depressed beyond belief, a man totally determined to commit suicide and escape his wife-less, miserable life. The other is as sharp as a knife, an immaculately dressed hit man hell bent on killing a critical witness due to appear in a court case over the road. It sounds about as grim as it gets. But you're looking at one of the darkest comedies in existence. Funny man and critically acclaimed actor Rob Brydon plays the suicidally depressed Welsh local press photographer whose wife has left him. Branagh plays the killer, a gimlet-eyed, wholly merciless type. Soon after the men meet, things begin to get seriously weird. As the plot thickens we find the pair in men in a series of increasingly compromising and hilariously funny situations. This is comedy at its blackest, disturbing and compelling, and fans of top quality British farce will find it hard to resist. If that's you, don't even bother resisting. Resistance is futile. Grab yourself some tickets and enjoy one of the stars of the Kenneth Branagh Theatre Company season. Helpless mirth awaits you.